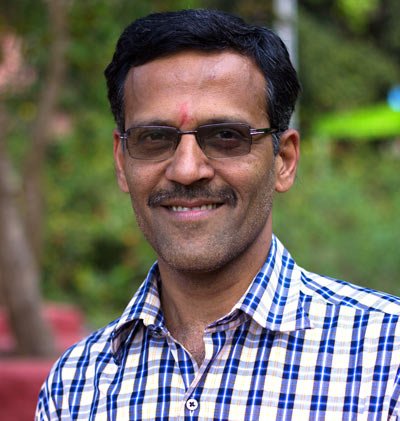 Dr. Jagdish is an Ayurvedic physician and a traditional “vaidya”. An expert in pulse diagnosis, his vast experience has helped numerous seekers towards better health at all levels. He believes in three aspects are important in healing, dawa (herbal medicine/ supplements) ,dua (blessings) and hawa (positive vibrational environment). He has travelled widely across various countries and has is very highly regarded. His complete faith, belief in the traditional approach of Ayurveda enables him to be the instrument of healing. 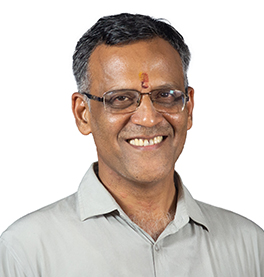 Dr. Jagdish Bhutada is a highly qualified and experienced Ayurvedic doctor from Pune, now the CAO of Health department & runing the residential Ayurveda Panchkarma with Yoga in Kaivalyadhama, one of the oldest and foremost scientific yoga research institutes in the world. He is also running the Ayurveda Therapy at Kaivlayadham Mumbai and his own clinic at Pune & Mumbai.

Dr. Jagdish finished his studies from Pune University, and later on completed Ayurvedacharya (B.A.M.S.) and Panchakarma Specialist (D.P.C.), Ayurved Snatak (Gurukul method). Over the last twenty years he has worked tirelessly around the world sharing his knowledge and experience in the science of Ayurveda. He has visited most of Europe and Pan-Asia region as a sought-after figure on Ayurveda, giving workshops, lectures, boot camps and short courses in universities, hospitals and among private groups, hundreds of people has benefited from his unique way of not only treating Ayurveda as a prevention on disease base, but aiming more on the holistic approach to a well balanced living. It is blended with Ayurvedic principles, ancient Indian philosophies and his own understanding of life.