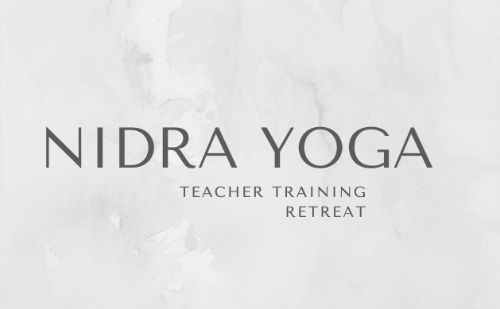 Nidrâ Yoga (yoga of dream and conscious sleep) is rooted in the traditions of Kashmir Shaivism and Vedanta, both dating back several thousand years. It presents the organization of the human being through five layers (koshas) to discover, explore, and intimately understand how to establish oneself in a state of consciousness where there exists no trace of separation, conflict, or suffering.

Nidrâ Yoga is a practice towards complete lucidity, a journey from oblivion to self-presence. It is a gradual approach to awareness and to the sensation of being completely alive. Very paradoxically, this awareness can only be perceived in a deep state of surrendering.

Nidrâ Yoga sadhana consists of a range of highly codified exercises into each and every function that organizes the human being. It relies on two fundamental practices: deep conscious relaxation and penetrating concentration. When both are operating together intensively, a spontaneous state of meditation arises, unveiling the mysteries of consciousness.

The three dimensions of surrendering in the depths of relaxation

Awakening to the energetic dimension and non-conceptual perception

Svadhyaya
(Exploration into the Self)

Inquiry into the degrees of personal and interpersonal consciousness

Topics to be covered

The 3 granthis (energy nodes) traditionally called Shiva, Vishnu, and Brahma granthi can be understood as seats of reflection, affection, and vitality. The 9 pratipatti (resources) are qualities to be balanced for full use of our potentialities.

These practices are the basis upon which deeper exploration of nidrâ yoga is possible.

The pranamaya kosha is the subtle or energetic body consisting of nadis (channels) and chakras (vortices).

The practice is to explore and enhance the different qualities of energy through symbolic images, vibrating sounds from the Sanskrit alphabet, and shapes and colors.

The 5 indriyas are the 5 sense organs and their functioning, which link the internal and external world.

The practice is to relax the physical sense organs (nose, tongue, eyes, skin, ears), enhance the processes of perception (smell, taste, sight, touch, hearing), and cleanse the psychological memories stored in the brain.

Yama yoga is the relationship to death and the deathing process. It is considered a mandatory passage for accessing the deepest realities of consciousness.

The practice is to differentiate between death as an event and deathing as a process. It includes exercises on the mahabhutas (elements) and their dissolution before death, as well as the relationship to the family lineage (horizontal) and spiritual lineage (vertical). 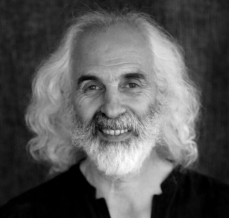 Lead Teacher
Born as André Riehl in France, he underwent a yogic sadhana from the age of 11. He first began practicing yoga at 11 years old and has studied intensively since 1972. Walking the roads of India in search of traditional instructors, he had the opportunity to study the inner journey of ascetics living outside of the worldly life and encounter famous personalities and great figures of spirituality such as J. Krishnamurti and Ma Ananda Mayee. His decisive meeting with the Nath and Udasin lineages enabled him to integrate these teachings previously received. He has deepened his practice of nidrâ yoga for the last 55 years and started spreading it across 5 continents for the last 20 years. He has guided yoga seekers in 25 countries around the world. President of the Fédération des Yogas Traditionnels, teacher trainer for the European Union of Yoga, member of the India Yoga Association, and Nidra Yoga Acharya appointed by the Yoga Confederation of India, he strives to transmit authentic teachings combining ancestral and contemporary knowledge. 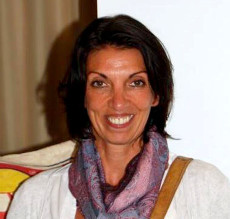 Aline has been involved in Iyengar yoga from 2000 to 2005, then intensively practiced Ashtanga Yoga and obtained a certification in 2006. In 2007 she met the teaching of Nidrâ Yoga by André Riehl, which was a pure revelation of meditative states. From 2012 to 2017 clarified her knowledge through the "Training Cycle in 5 years", and obtained the "Professor of Nidrā Yoga" certification. She continues to deepen her own teaching in Nidrâ Yoga with weekly classes in the Toulouse region. From 2019, she has been creating progressive sessions "Wings of Light" to access the meditative state. 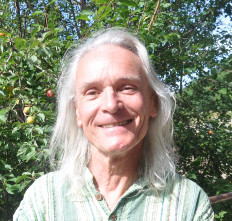 For more than 20 years, she has been conducting a passionate investigation into Indian spiritual scriptures and western psychology arcana. She is an archeologist of the human soul and long distance navigator whose trips took her to where the living roots of the traditions dwell. Today she lectures for sharing her knowledge and transmitting her discoveries.

Kim discovered and fell in love with yoga in her teenage years. Her understanding gradually caught up with such early interest as she spent years practicing and training, first in the tradition of Ashtanga (certification in 2010) and then Hatha Yoga (certification in 2016). Moving towards a meditative state, she is now fully immersed in the teaching of Nidrā Yoga with André Riehl, participating in the 5 year training in Romania.

*remaining €500 to be paid in cash on arrival

Please email your room preference to our booking desk – booking@kdham.com

Our team will email you bank details for wire transfer or a payment link to pay with credit card.

Students will receive a Nidra Yoga Certificate** at the end of the month (300hrs).

After September 1st , 2020 there is no refund but you may send a friend in your place.