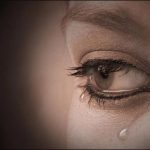 The Goal and the Way

Siddhartha was a happy prince and was very happy indeed.

He was in his early youth and had enough wealth to indulge in a life of luxury and abundance. He was married to the beautiful princess Yashodhara and the life was in flying colours to him. He never came across the grim realities of life since his early childhood and his youth too was full of joy and happiness.

Once he set out on a chariot to tour around his kingdom. On his way he came across an old man, a sick person and a corpse in succession and was severely shocked to discover these unavoidable pangs of life. He realized at heart that the life is full of sufferings. Yet there was a ray of hope as he also happened to meet an ascetic who was striving to set himself free from the clutch of worldly woes and grief. He became aware of the sufferings of life and, at the same time, realized that there are a few, who are diligently in search of the eternal happiness gaining which one can overcome mundane miseries. Thus in his attempt to overcome the worldly sufferings Siddhartha renounced his royal luxury and loving family. Finally, Siddhartha could permanently ward off the worldly afflictions, being transformed into Buddha, to live in a condition of joy eternal.

Most of the people in this world, like Siddhartha, recognize the sufferings of life and are plagued with panic and pessimism. Till the early youth when vigour of life is in its peak, people choose to fulfill their passion for material pleasure and lead the life in a hedonistic way. But sooner or later he understands that every moment of joy is the reminder of woe, every youth matures into an old -age, every wellness is destined to attain infirmity and every birth is followed by death. Moreover the worldly conflicts, struggles and disaster precipitate bleak eventuality. However the basic instinct of humankind is to evade these miseries and lead a life of perfect joyfulness. But somehow the cherished goal of attaining everlasting happiness often eludes human being. The much coveted goal of attaining perfect happiness always appears to be intangible and unattainable.

The Yoga is the only answer to all the sorrows of life. The Bhagavad Gita, the most authentic compendium of Yogashashtra, defines yoga as the ‘destroyer of all sorrow’. But miserably enough almost the majority of people bear a misconception regarding this Yoga. Some treat is as mere practices leading to physical wellness and some use it as the techniques of metal relaxation without getting into the very core of this wonderful science.  The Yoga is the science of being and becoming. It is the ultimate goal. It has a message for the body, it has a message for the mind and also it has a message for the soul. The message is to go beyond all the bondages to rest in the limitless expanse of the blissful self.

Patanjali in hisYoga Sutra defines Yoga precisely with the help of two aphorisms:

According to these two aphorisms of Patanjali, Yoga is the restraint of mental modifications which leads an individual to abide in his Real Nature. The cessation of all sorrow is accomplished when an individual discovers and abides in his own real nature.  The ultimate goal is to know our real nature by which we experience perpetual joyfulness. Indian philosophy asserts that we are not the body, but actually we are the soul residing in the body. The soul is ever existent, pure, aware and free. It is of the nature of absolute bliss. Indian seers realised through spiritual praxis that our soul is the only reality which is one without a second. This singular principle manifests as the manifold existence through its association with ignorance. The aim of yoga is to lift the veil of ignorance enabling an individual to discover its own transcendental nature. As soon as the nescience is annihilated, the Reality shines forth with an exuberance of bliss. The bliss thus obtained is of the nature of eternity. One who experiences it experiences perpetual freedom from the miseries of worldliness. This is a perfect freedom. The worldly turbulence subsides into the infinitude of homogeneous bliss. That is what Buddha experienced in his life. He identified the worldliness as the source of misery and experienced the negation of worldliness as the Ultimate Reality. Beyond this negation there is the absolute affirmation of joy and the Yoga is bridge to this affirmation.

In the backdrop of this, the question arises as to whether the idea of Self is scientifically tenable. In the past, the scientific theories advocated for the mechanistic realism. But with the discovery of quantum mechanics materialistic realism died hard and the subtle connectivity between mind and matter has been established. Consequently the scientists turned their attention from experiments to experience. The later works of the physicist Pauli and psychologist Jung in the areas of the interface of psychology and matter is a giant leap towards the validation of Yoga psychology. However, the great   philosopher Acarya Shankara in his works has furnished the ontological proof of the existence of transcendental reality on the basis of logical reasoning. His scholarly work of logic established that these mystical experiences are not only rational but could be verified and tested like all other fundamental sciences. The journey to the Absolute begins from the training of body-mind complex which is ultimately transcended to reach the ultimate goal, the Self- Realisation. Apart from Rajayoga of Patanjali, there are different paths and praxis, namely Jnanayoga, Karmayoga, Bhaktiyoga etcetera, which consummates to the highest realisation. But the Rajayoga is a scientifically worked out path which not only addresses the physical level, mental level and spiritual level but also helps in transcending all the relative levels of existence to reach the Absolute level. When an individual attains this state he becomes absolutely free from the all bondage leading to the experience of pain and misery. Being absolutely free from the clutch of ignorance he comes face to face with his own divine self.  The divinity which is inherent within him manifests with its undimmed splendor. The quintessence of this unique science of Rajayoga has been expressed by Swami Vivekananda in beautiful way. He says:

‘According to yoga philosophy, it is through ignorance that the soul has been joined with nature. The aim is to get rid of nature’s control over us. That is the goal of all religions. Each soul is potentially divine. The goal is to manifest this Divinity within, by controlling nature, external and internal. Do this either by work, or worship, or psychic control, or philosophy — by one or more or all of these — and be free.’

Absolute freedom from the shackles of worldly miseries is the ultimate goal of humankind. The science of yoga leads to a state of eternal freedom where one can live happily forever relishing the elixir of infinite existence.