YOGA FOR THE UNIVERSAL WELLBEING!

Friends, as we know we all are going through the worst pandemic in about 100 years where it has affected millions of lives across the continents; the loss of our fellow human beings is heart breaking and disturbing.As scientist, doctors and researchers there look for new ways to fight and defeat this virus, here we can only hope and pray.

For the last few decades many advanced countries and the developing world kept on evaluating its frantic economic, scientific and technological progress without giving much importance to our fragile environment thriving with millions of life forms. With only GDP as its economic yardstick most of the countries have failed to evaluate the real cost or price, we as citizens will pay if things resume and continue in the earlier ways of our life where ignorance is driven by greed, competition and violence.

GET FITTER AND HEALTHIER – DO YOU YOGA?

When millions of people are looking for different ways to cope up with stress and anxiety during this challenging time – Patanjali’s Ashtanga YOGAalong with Ayurveda can be the real necessity or discipline to instill for the betterment of all Human Beings!  These ancient Indian scriptures and teachings are now been looked upon by many experts, philosophers, theologians as a contemporary science with its roots dating back thousands of years to the Vedic era of India.

Sage Patanjali’s sutras form the basic texts of Yoga are the scriptures or literature which will answer your queries for the Why? of yoga or rather How? yoga can help us in our normal day to day life!

The 8 limbs as they are called ASHTANGA (meaning eight angas), consists of life changing sutras or aphorism which has deeper meaning entrenched and are said to liberate oneself from the shackles of this materialistic world and lead a happy and contented life.

The relevance of these 196 sutras must never have been looked upon as widely earlier as it is now, where in this period of the pandemic, most of the people are trying the unconventional ways to bring peace, health and contentment in their lives. The fact that all forms of YOGA are being explored to keep oneself fit or healthy, cannot be denied.  The relevance of these practices during this time is unquestionable even by some of the greatest critics who have termed yoga as just another passé or a form of exercise which has no scientific basis.   The practice of pranayama which is elaborated in the 4th limb of Patanjali’s Yoga Sutras clearly personifies its relevance &efficacies bestowed on millions of practitioners around the world. This literature which accepts its influence or authority from Vedas has been the most revered work, in Indian culture, as far as YOGA is understood as a philosophy.

The word Pranayama consists of 2 words –prana and ayama. Prana refers to the life force in us and Ayama is generally understood as control but specifically, control through stretching or elaboration/expansion. So, pranayama means control of prana by expanding or stretching it. Practise of this limb is said to improve our immune system, as it enhances your breathing capacity making the lungs stronger and healthier. This makes our respiratory system robust to fight against any lung’s enemy.

The belief that this form of yoga can be practiced only after a certain degree of expertise gained in the basics of yoga or (other forms of yoga other than Ashtanga Yoga), is indeed a self-fulfilling prediction or a misconception, inflicted by some experts to a few of the beginners who are keen to delve into this practice or to know about this great literature.

Yoga and Pranayama in this Corona

A Yogic (asanas/postures) practice along with pranayama has been a tangible (non-medicinal) prescription by most doctors to most of the COVID 19 patients today.  The importance of Ayurveda has also been realized along with conventional medicine in the treatment of this virus, and much can be found or heard in our day to day life from various sources or mediums. Also, after the observations, this coronavirus had a very tough time getting the yogis (practitioners) down on the knees with its vicious attack, prolonging their medication or treatment. The most prominent hospitals around India with its doctors continue to request people to cleanse our system regularly with different kriyas, like shat karma along with asanas and pranayama to keep this malicious and often chest squeezing virus at bay.

This pandemic has given us a chance to look upon this world from a very different and holistic perspective, as the world leaders need to tackle our environment urgently with awareness and compassion towards all life forms existing.

Traditional Yoga not only takes care of our Respiratory and Immune system but also takes care of our overall wellbeing. Although there is a lot of literature found online to understand, learn and practice this form of YOGA it is always advisable to learn first hand from the most prestigious and prominent schools of YOGA!

Kaivalya Dham Institute, LonavlaIndia, is a school with great Gurus who continue to Inspire,Train, and Teach thousands of students every year from all walks of life and from every corner of the world. This institute is one of the oldest in the world and still continues to bestow Yogic Knowledge in the purest and most traditional form. The Institute was formed by Swami Kuvalyananda in 1923 with his Passion, Devotion and love for humanity albeit with a scientific attitude.

The above opinions are of my own understanding – excuse my words or thoughts if it might have harmed anyone, which was unintentional. 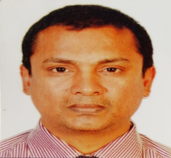 Yoga Instructor
Sujit is an Engineer with a Masters in Business Administration and is practicing yoga for the last 8 to 9 years.