The architect of the worldwide spread of yoga. 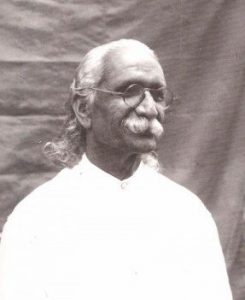 It is Swami Kuvalayananda, whose efforts are chiefly responsible for the worldwide spread of Yoga.

He was born in 1883, on 30th August; at a time when the national resurgence was slowly awakening the spirit of Mother India. In his college days he came under the influence of Sri Aurobindo, who was working as a young lecturer in Baroda.Subsequently, after his graduation from the Bombay University, he plunged himself in Lokmanya Tilak’s Home-rule movement.During his journey, he came in contact with the Indian masses, who were ignorant, illiterate, superstitious and sick in spirit and body. He realized what great role education can play in reviving them. To give concrete shape to his ideas, he joined the Khandesh Education Society at Amalner, where ultimately he became the Principal of the National College, in 1916.

His association with Jummadada Vyayamshala at Baroda and its mentor, Rajaratna Manikrao a great exponent of Indian Physical Culture; made him aware of the various indigenous systems of physical culture including Yoga. This exposure to Yoga, opened a new vista for him. His sensitive mind enthused with the physical and psycho-spiritual aspect of Yoga, led him on the path of spiritual quest.

Awaiting on this path to guide him, was the great Yogin from Bengal, Paramahamsa Madhavdasji, who had settled at Malsar, near Baroda, on 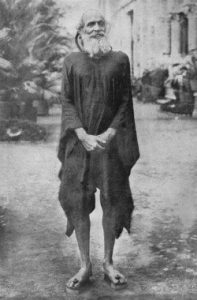 the banks of Narmada.The insight in Yogic discipline under the guidance of Madhavdasji, gave Swami Kuvalayananda’s career a sharp turn. He ventured into a new field using entirely a new approach. He tried to investigate the effects of some of the Yogic practices on the human body with the help of some of his students, in the laboratory of Baroda Hospital, in 1920-21. His subjective experience coupled with the excellent results of these scientific experiments convinced him once for all that the age-old system of Yoga, if understood through the modern scientific experimental approach, would help greatly in the spiritual and material resurgence of the human society.

This became his life’s mission.

Paramahansa Sri Madhavadasji Maharaj (1798 – 1921) was a great Master of Yoga from Bengal, who after 50 years of traveling India by foot and practicing yoga in the solitude of the Himalayas, had settled, at the age of 80, to begin teaching.

Paramahansa Madhavadasji was a major advocate for the revival of yogic practices, which had almost died out in much of India at that time. He encouraged Swamiji to scientifically investigate the effects and benefits of Yoga practices, for the propagation of health, and spiritual inspiration of all humanity.