Kaivalyadhama’s scientific foundation is upheld by the ancient guru-shishya tradition. This ancient tradition emphasises the importance of first-hand experiential knowledge, passed on for generations from a teacher to the student.

Swami Kuvalyananda (1883-1966) was born at Dabhoi, in Baroda to humble parents. The guru-shishya tradition began for Swami Kuvalyananda with the legendary Vinayakrao Apte from 1898 to 1903 at the Nutan Marathi Vidyalaya in Poona. It was here that he received his early education and exposure to physical education. He completed his graduation from the Baroda University, India in English and Sanskrit between 1907 and 1910.

During this period, he came in contact with Rajaratna Manikrao (1878 – 1954), founder of the physical training school called Shri Jummadada Vyayam Mandir in Baroda. Various indigenous forms of physical exercises and manoeuvres such as traditional wrestling, wielding traditional weapons, horse riding, gymnastics, and Yoga were revealed here to Swami Kuvalyananda. This experience stimulated him to learn and explore the new vistas of Yoga, under the guidance of his guru, Manikrao. Swami Kulvalyananda appreciated the rewards of cultivating good health, maintaining physical dexterity, learning self-defence, and being of service to the nation and society. 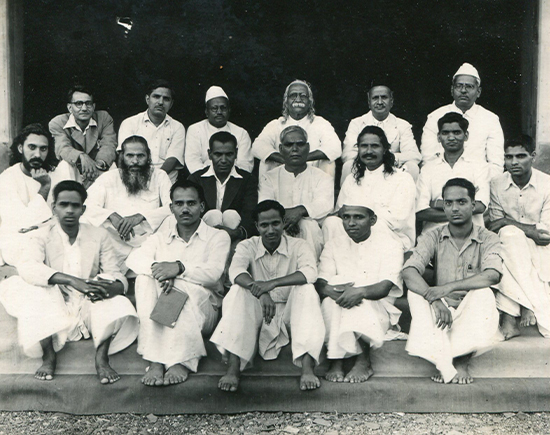 As he grew up, Swami Kuvalyananda had witnessed the many facets of India’s freedom struggle. During this time, he was highly inspired by Lokmanya Tilak’s aphorisms on India’s resurgence through the paths of research and spirituality. He was also moved by the ideologies of Sri Aurobindo. These perceptions convinced him about the important role of national education in contributing to the country’s independence and reviving the spirit of India. He joined the Khandesh Education Society at Amalner in Maharashtra, where he later became the Principal of the National College in 1916. Swami Kuvalyananda believed that both inner strength and physical strength are equally important. Taking this vision forward, Swami Kuvalyananda guided and led the physical education department at Khandesh.

Between 1919 to 1921, Swami Kuvalyananda with his perseverance, was honoured to meet his next guru, Paramhansa Sri Madhavdasji Maharaj (1798–1921) at Baroda. An illustrious Yoga Master from Bengal, Maharaj had travelled the length and breadth of India for fifty years, reviving Yoga. His only objective was to benefit humanity by way of Yoga. This valuable insight greatly influenced Swami Kuvalyananda. Maharaj, who had resolved to use his immense Yogic powers for the betterment of humanity, went on to become the spiritual guru of Swami Kuvalayananda. Maharaj’s unconventional approach to the mystic practice of Yoga invigorated Swami Kuvalyananda to undertake scientific investigation into Yoga for making its benefits easily available for the wellbeing of mankind. 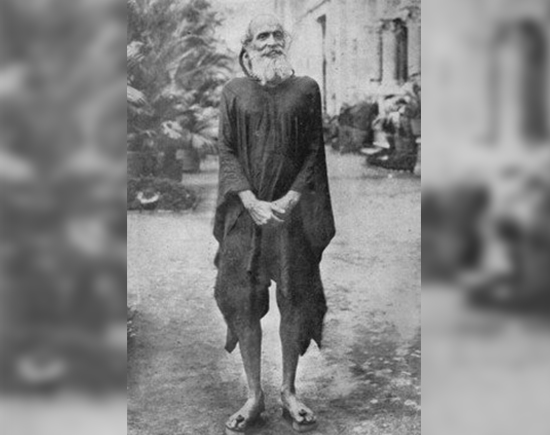 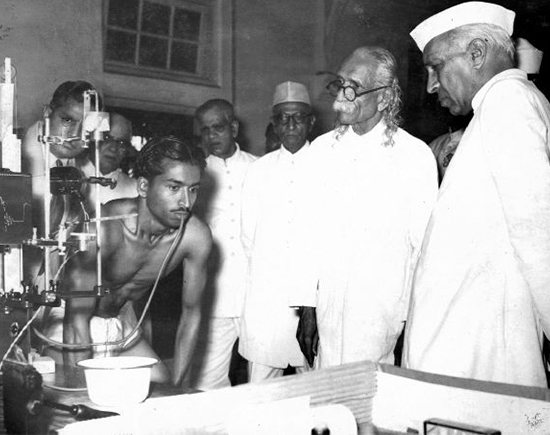 Inspired by the knowledge of Yoga he received from his revered gurus, Swami Kuvalyananda felt the need for training the contemporary mind to find focus and making modern society aware of Yoga as a way of life. He delved into the clinical and scientific study of Yoga through traditional texts, teachings, practice, and Yoga therapy. In 1920-21, Swami Kuvalyananda systematically investigated effects of Yogic practices on the human body, with his students, in the Baroda Hospital laboratory.

Adapting to changing times, Swami Kuvalyananda conducted several methodical experiments to make the potential of Yoga acceptable in the process of transformation. He believed that the mystical inquiry of Yoga, if understood through the medical and experimental approach, can bring about a spiritual and material resurgence of humanity. Spreading this awareness globally, became Swami Kuvalyananda’s life mission.

The Founding: Yoga as a Way of Life

Swami Kuvalyanand became a visionary known for his single-minded calling to make Yoga a scientific quest and teach Yoga for health and happiness. Through his wisdom, he imparted holistic fitness of the outer physical body and inner equilibrium of the mind.

With his rich experience, in-depth acumen, and far-sighted vision he founded Kaivalyadhama in 1917 at Amalner in the Jalgaon district of Maharashtra. In 1924, he established the Kaivalyadhama Health and Yoga Research Centre in the tranquil settings of Lonavala in Maharashtra’s Pune district.

Swami Kuvalyananda’s grit made Kaivalyadhama the oldest and most pioneering Yoga institutes in the world for conducting scientific research in Yoga, while retaining the essence of traditional Yoga. In 1924, the institute published the oldest and first scientific Yoga journal, known as the Yoga Mimamsa, today recognised by UGC-CARE with other reputed medical publications.

We at Kaivalydhama continue to combine advanced scientific discoveries with Yoga for creating synergies across health, education, and research in Yoga. With many of its courses offered online globally, the institute is today spread across 16 worldwide centres in India, and internationally across Europe, Americas, and Asia.

And the legacy continues… 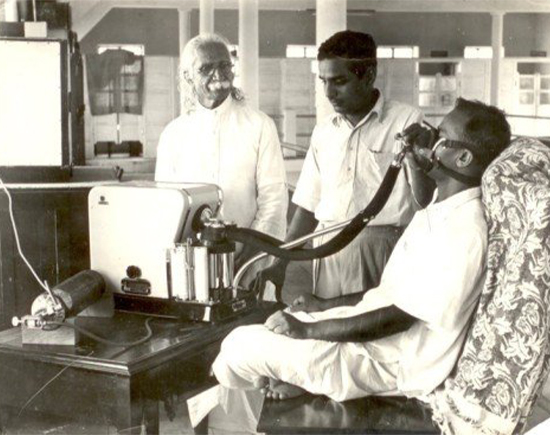 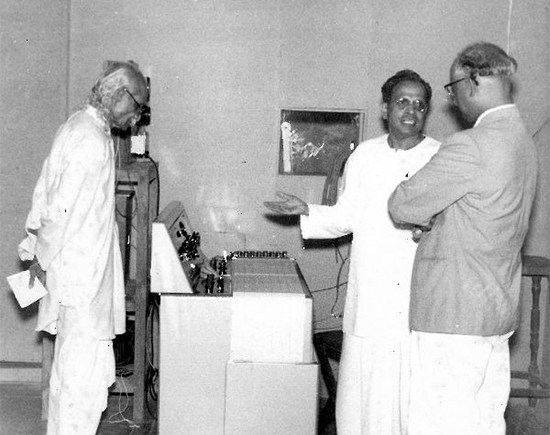 Kaivalyadhama’s scientific foundation is upheld by the ancient guru-shishya tradition. This ancient tradition emphasises the importance of first-hand experiential knowledge, passed on for generations from a teacher to the student.