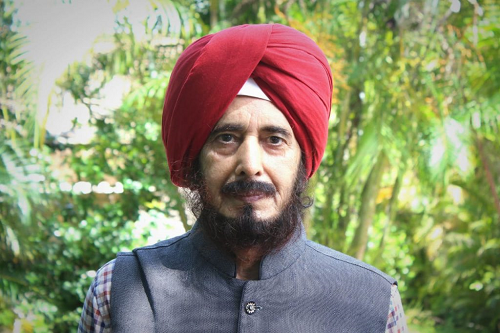 Samyama for Health, Harmony and Success

Duration of Program: 2.15 hours session each day (with 15 minutes of pause after the first hour)

Comprehensive Channelization of Dharana, Dhyana and Samadhi, as a unified state of consciousness, a forerunner to realization of the Ultimate Reality, is Samyama.

Need of the Samyama in Life & Living for the Modern Man

Quest for knowing the Ultimate Reality (Ritambhara Prajna) is considered as the innate nature & need of man, as per the Yogic Science & Philosophy. Mankind has realized, through its long past, the Eternal State of Happiness can be achieved only and only through knowing the Ultimate Reality. The more we are nearer realities, happier we become. Sooner we understood this yogic wisdom, the better off would the Humanity be!

Metaphysically speaking, more the reality perception is, the more would be existential well-being. Physiologically too, the more we become aware of our psycho-physiological phenomena the better would be Sensory Feedback, resulting into a better healing taking place within the body-brain level. Samyama is the stellar practice mode of yoga, mentioned in Vibhuti Pada of  Patanjala Yoga Sutra (P.Y.S.).

1) Researches done by burrow (1950) and certain experiments, conducted by Swami Kuvalayananda in 1956, point out: Yoga Meditation has the element of Absolute-Deep-Serene Joy inbuilt, which, according to Bhagwat Gita (II: 65) removes all existential miseries. This joy referred to as Prasada (Transcendental Joy) is the very source of such powers which can well be applied to regaining and maintaining Health, Harmony and Success in one’s life & living.

2) It has also been hypothesized (Rajapurkar, 2003) that regular yoga & meditation may liberate in the cerebro-spinal fluid some ‘neurotransmitter’, and ‘endorphin’ or an ‘opoid’, which, if lighter than cerebro-spinal fluid, will travel upwards along the ‘central canal’ of the spinal cord and reach the ‘lateral ventricles’ of the brain. These chemicals on reaching the thalamus and hypothalamus may produce ‘extra sensory perception’ leading to Ananda or Bliss.

3) Interestingly, Vibhutis, the ‘supernormal’ powers, as they are often termed, are considered as natural bye products of one’s yogic journey and are considered sure sign of success into Antaranga Yoga, as per Patanjala Yoga. Being Vibhutis, the use of Samyama is permissible for Health, Harmony and Success, while its misuse is normally not possible. Patanjali has cautioned against getting indulged in such powers lest these tend to block one’s progress into higher stages of consciousness in the path towards Kaivalya.

1) During the preliminary phases of meditation, certain sensitive responses are felt, within the whole body. This abstract awareness, when persisted with, creates an ascending pranic flow.

2) One may “feel”, subjectively, as ‘moving through higher Chakras (Ajna Chakra, Sahasrara Chakra, Vyapini Chakra)’, until one subjectively ‘feels’ as moving towards Brahma Shikhar. When an extreme ‘bliss’ (Prasada) is felt then one may feel ‘descending flow of ‘prana’ through the whole body.

3) At this stage, one may ‘feel’ like directing the descending flow on the desired part of the body or through the whole body for healing purposes. Feeling of the “desired successes” or the “desired harmony”, likewise, may also be ‘attempted’ during the ‘felt’ sense of descending flow.

Outline of the Work-Shop

Benefits of the Practice

Prof. R. S. Bhogal is Joint Dir. Research at Kaivalyadhama, Lonavla, with more than thirty years of research and teaching experience. Formerly, Principal of Yoga College of Kaivalyadhama (Lonavla), he is Editor-in-Chief of Yoga Mimamsa (a biennial scientific Journal) of Kaivalyadhama, and is author of seven books, including
i) Psycho-physiology of Traditional Yoga (in Korean)
ii) Yoga and Modern Psychology (in English and German)
iii) Yoga and Mental Health and Beyond (in English, Bulgarian, Brazilian Portuguese, Chinese & Korean)
iv) Yoga-Psychology & Beyond (English).
Prof. Bhogal is credited with a large number of scientific papers and is a recipient of many National & International awards and accolades. Widely travelled for spreading the message of classical meditation in many cities across Asia, America and Europe, he is meditation expert of International repute.

Instructions to Learners registering for the workshop: Please be seated in peaceful place with your yoga mate.

Participation Certificate: At the end of the workshop you will get a certification of participation. Please register with the name you would like to receive certificate with. Please note that we will not change the name on your certificate after it will be issued to you. Thank you.

Zoom app downloaded on your tab, smartphone or PC / Laptop with internet connection.

Query for this workshop? Please email us – onlineworkshops@kdham.com