Online symposium on the occasion of the 96th foundation day of
Kaivalyadhama, Lonavala

The term, ‘Yogic Therapy,’ was coined by the pioneer of scientific research in yoga and the founder of Kaivalyadhama, Swami Kuvalayananda Ji, in his 1961 publication “Yogic Therapy: Its Basic Principles and Methods,” co-authored with his physician student, Dr. S. L. Vinekar. Perhaps, this is the first usage of this term, from which the contemporary term ‘yoga therapy’ has evolved. Looking at Swami Kuvalayananda Ji’s landmark contributions to using yoga practices therapeutically in the preceding decades, the then Ministry of Health of the Government of India had suggested that he write this book. In its preface, he states –

“The aim of the booklet is to explain to the lay public, as well as medical men, the principles on which the various procedures of Yogic Therapy are based (principles, so far as they can be gauged in the light of modern science), the special field of application of the therapy, and last, but not the least its limitations and contra-indications.”

He was passionate about spreading the message of yoga for the benefit of humanity as he believed that yoga practices were ideally suited to bring about a “reconditioning of the psycho-physiological mechanism.” He also saw results to this effect in his ‘Yogic Therapy’ with his long-term clients. In fact, the Mumbai centre of Kaivalyadhama was created by a generous donation given out of gratitude to Swami Kuvalayananda Ji, by one of such beneficiaries.

Swami Kuvalayananda Ji, true to the nature of the ‘Yogi Scientist’ that he was, had a thoroughly rational and objective approach towards yoga as a science, as well as its application in therapy. He states in the book – 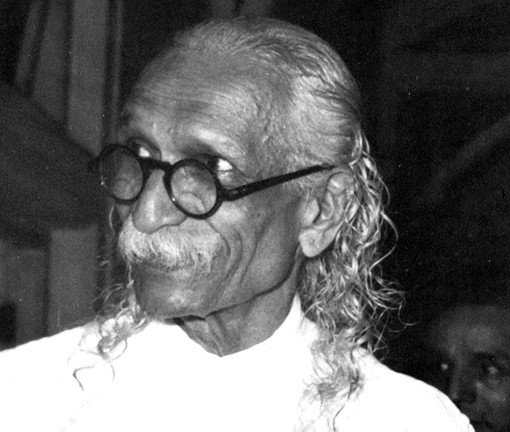 Neither is it enough for us to dote upon the methods (of yoga) just because they were handed down to us by our forefathers, nor (because) that they belong to a class of ‘holy men,’ who must have only the good of the people at heart. Mere good wishes on the part of its protagonists or our national or racial sentiments for the therapy should not lead us to have blind faith in it. It should be our duty to verify its results and to explore the exact psycho-physiological mechanism of the channels through which these results are obtained.

In essence, we appreciate that Swami Kuvalayananda Ji wanted “to present a comprehensive picture of the scientific aspect and rationale of Yogic Therapy in the layman’s language,” and nurtured a truly humanistic and noble vision that through yoga, even “the man on the street” can be led towards self-realization.

Keeping this historical background in view, the intent of the current symposium on “Yogic Therapy: Traditional and Contemporary Approaches” is to provide an online forum for deliberating on ‘Yogic Therapy,’ delve into its origin in our traditional yogic texts, and chart its journey through the times of Swami Kuvalayananda Ji, and other great yoga masters of ‘Yogic Therapy’ to its current status. Through this symposium, we hope to contribute towards sharing the knowledge on “Yogic Therapy,” cross-reference and compare modern views with concepts and principles in the yogic texts, as well as revisit its current implementation at the global level.

The symposium is scheduled to be held from the 24th – 25th of October 2020 via the ZOOM video conferencing platform.

All the dates and times given in the schedule below are in Indian Standard Time.

In line with our founder’s humanistic philosophy and to provide maximum benefit to attendees during the current global COVID crisis, participation in the symposium is kept free. However, registration is needed to confirm participation.